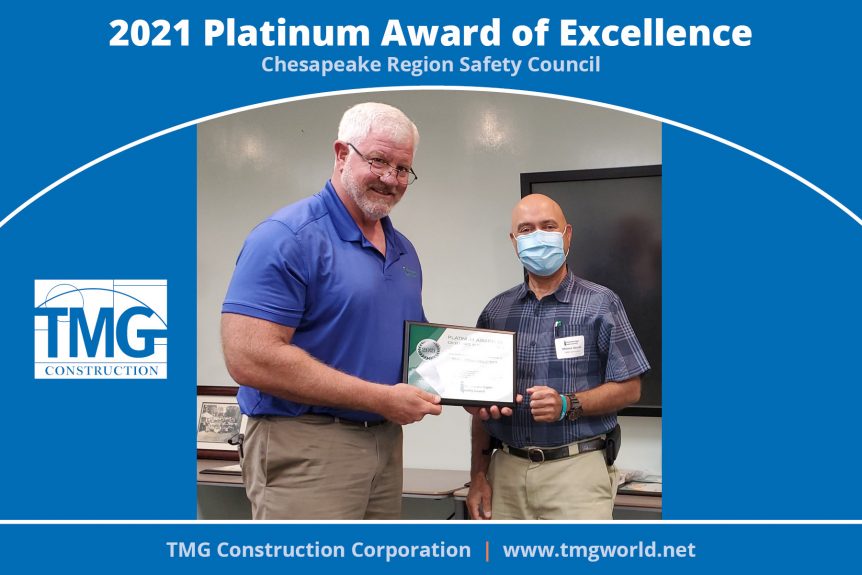 It is with great pride that we announce TMG Construction has received the 2021 Platinum Award of Excellence in Construction from the Chesapeake Region Safety Council. This recognition is for achieving the highest level of safety performance... Read More

It is with great pride that we announce TMG Construction has received the 2021 Platinum Award of Excellence in Construction from the Chesapeake Region Safety Council. This recognition is for achieving the highest level of safety performance within the organization through the safety activities to prevent accidental injury or death. The award was accepted on behalf of TMG by our Director of Corporate Safety, Moose Hamid, at the 97th Chesapeake Region Safety Council’s annual meeting on June 25, 2021. This award is not due to luck, but due to the hard work and persistence by every member of TMG, our joint venture partners, and our subcontractors.  Safety Matters! Congratulations team! 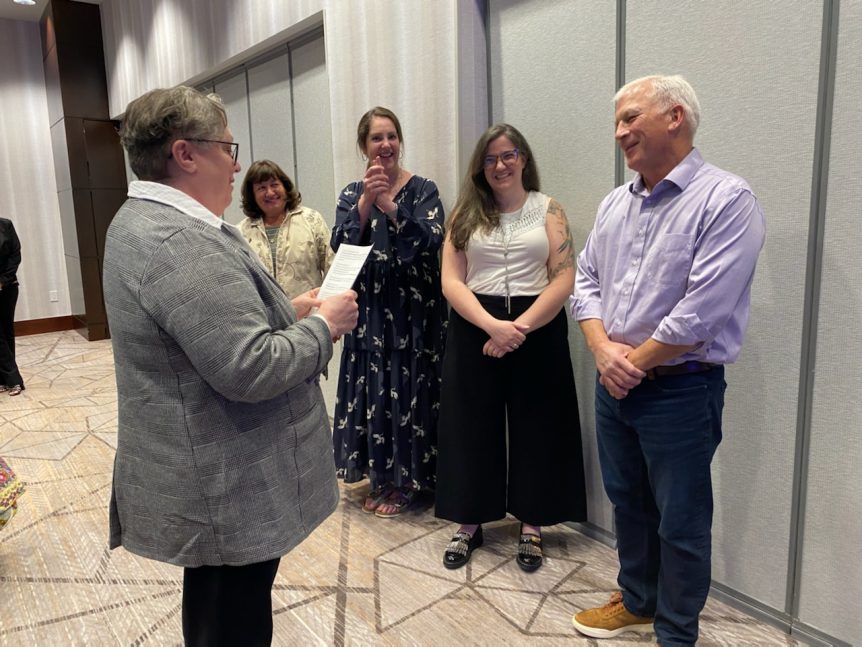 Congratulations to our President, Tanya Matthews, for being elected to the 58th Board of Directors for The Society of Industrial Security Professionals (NCMS). Tanya serves as National Treasurer as well as serving as the Chairman of the ISP... Read More

Tanya Matthews has been Elected to the NCMS Executive Committee June 17, 2021 X

Congratulations to our President, Tanya Matthews, for being elected to the 58th Board of Directors for The Society of Industrial Security Professionals (NCMS). Tanya serves as National Treasurer as well as serving as the Chairman of the ISP® Accreditation Committee.

NCMS was founded in 1964 by a group of government and industry security classification managers and administrators who recognized the importance of establishing a society, national in scope, to advance the practice of Classification Management as a profession.

Today, the Society has almost 7,000 members in the United States and overseas including representatives from NATO countries. Within the U.S., members come from the Department of Energy, Department of Defense, Department of State, National Aeronautics and Space Administration, Federal Bureau of Investigation, National Security Agency, General Accounting Office–virtually every Federal agency that deals with classification–and from the civilian contractors who work with these agencies. As the Society has grown over the years, its focus has also expanded. NCMS now provides professional development for its members in the field of classification management, information security, personnel security, computer security, operations security (OPSEC), facility security, and technology security.

NCMS has over 60 local chapters throughout the United States.

The intent of the ISP® designation is to award professional certification and recognition to qualified candidates who demonstrate the knowledge, skills, and abilities their profession demands. The basis for the examination is primarily the National Industrial Security Program Operating Manual (NISPOM), the supplements, and other information security concomitant rules and regulations, including operations security, proprietary information, Executive Orders, etc. Successfully completing the examination signifies the overall competence of the candidate on NISPOM requirements. Tanya earned her ISP® certification after four years of studying for the exam. She draws on this experience now as she serves on the Board of Directors and Executive Committee nationally. 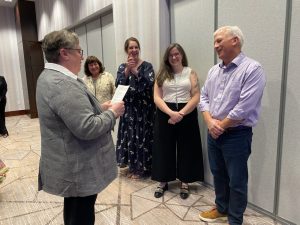 On Thursday, June 10, 2021, the Winchester Regional Airport Authority Board of Directors formalized a partnership with TMG Construction Corporation (“TMG”) for construction of up to 32 private aircraft hangars and associated development... Read More

The first phase of the project involves construction of eleven box-style hangars grouped into two buildings along the southeast side of the airport. Each hangar has convenient, secure airfield access. The hangars will be operated and managed by a condominium association established by TMG, providing buyers with long-term stability, value, and amenities not found at other airports in the region.

“As a general aviation enthusiast and aircraft owner, I was searching for an airport community that was business and family friendly, and the Authority was the perfect partner for this project,” stated Joe Matthews, Executive Vice President of TMG Construction Corporation.  “The new hangars will provide the ease of driving directly into your hangar, jumping into your plane, and departing.  They also provide space for families or clients to lounge or just spend the day at the airport alongside other aviation enthusiasts.”

“These hangars fill a gap in our current offerings, and a public-private partnership was the right choice to bring them online efficiently and cost-effectively,” said Nick Sabo, Executive Director and Airport Manager.  “This collaboration with TMG enables the Authority to deliver in-demand infrastructure without creating a burden on the airport’s budget or local taxpayers.”

Development is expected to begin immediately, with occupancy as early as spring 2022. 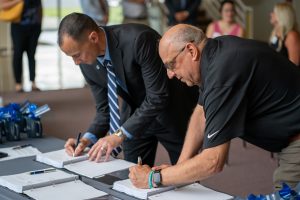 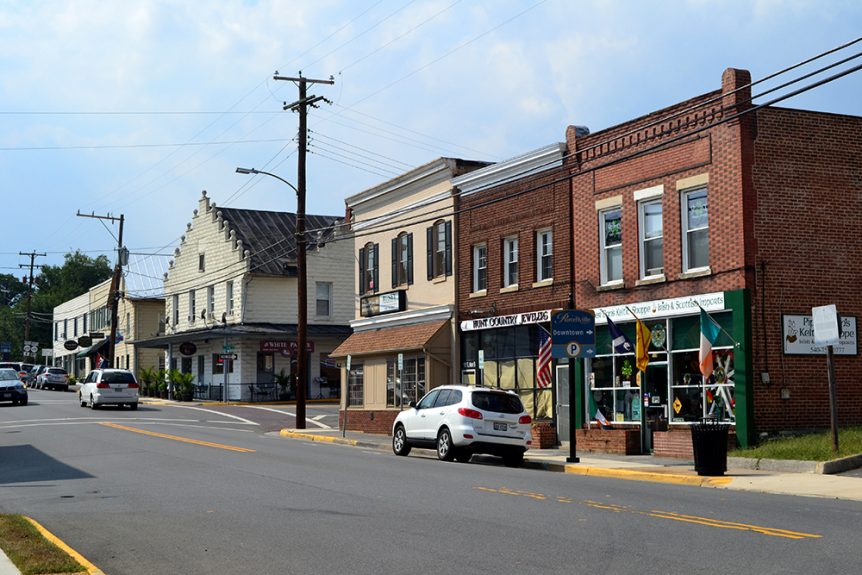 The two wells are located on the Town’s Nature Park property, which extends between Hatcher Avenue and N. 21st Street along South Fork Catoctin Creek. The “Nature Park Trail” located on the property will be closed during construction. Construction is expected to last through September, although the schedule may change due to inclement weather or unforeseen events.